The Game Of Thrones Scene You Won’t See (But Should): Mediation

One of the best ways for families in the midst of an inheritance dispute — or many other legal cases for that matter — to settle their differences is with a process called mediation. 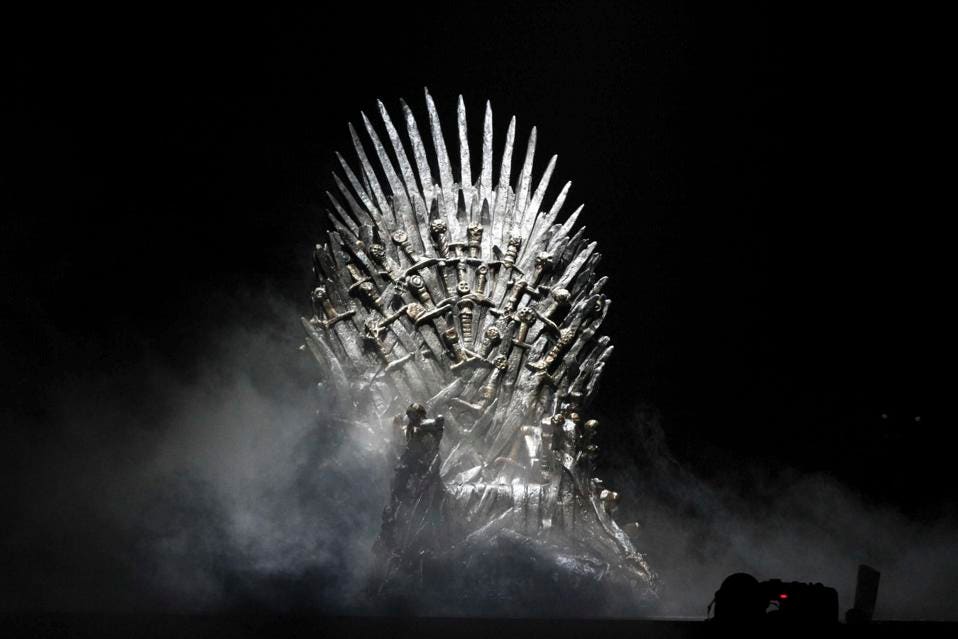 So what exactly is mediation?  Mediation is a non-binding settlement discussion process where an independent, trained mediator works with both sides to fashion a resolution.  More and more courts are requiring mediation as part of the litigation process.  It’s particularly useful to help those going through a court case set aside emotions and make a business decision, for the best interests of everyone.

Mediation can be informal and collaborative, or formal with the mediator using “shuttle diplomacy” to act as a go-between while the parties are seated in different rooms.  Often, the collaborative process works best, especially when there are many different interests involved.

Coincidentally, the following deleted scene from Game of Thrones was recently leaked to the internet, off of the cutting-room floor, and illustrates how collaborative mediation can play out.

We were lucky enough to find a transcript of the scene:

[Disclaimer #1:  This deleted scene contains SPOILERS – DO NOT READ IF YOU ARE A GAME OF THRONES FAN AND HAVEN’T YET SEEN THE BATTLE OF WINTERFELL!!!]

[Disclaimer #2:  This article was written entirely by Andy Mayoras, a devoted GOT fan.  Danielle Mayoras disclaims any ownership, authorship, or interest in anything having to do with Game of Thrones – or her husband for that matter, when he spends too much time preoccupied by GOT.]

The Setting:  Great Hall of the Winterfell, a couple days after the victory at the Battle of Winterfell

Jon:  Before we begin with the battle plans for Kings Landing, let me say again, well done Arya!  Way to stick ’em with the pointy end!

Arya:  Thanks Jon.  You know, I could just sneak into Kings Landing, cross Cersei off my list, and we could skip the whole “final battle” thing.

Jamie:  My sister would never let you sneak up on her.  And besides, I would very much like to be there to see her take her last breath.

Daenerys:  Hold on now, there’s plenty of time to work all that out.  But first, everyone needs to be clear on one thing:  Once Cersei is dead, I will be the one to sit on the Iron Throne!

Sansa:  You what?!?   If it wasn’t for us Starks, no one would be alive to march south and capture the throne.  And don’t even start with that “bend the knee” garbage again.

Daenerys:  How dare you?  It is my birthright!

Samwell:  Actually, um, excuse me, but … uh, really it’s Jon who has that right.  Didn’t he tell you?  His father was your older brother, and …

MEDIATOR:  May I make a suggestion here?  Rather than fighting with each other while Cersei still sits on the Iron Throne, perhaps we can plan out a better way to handle this.  Westeros has been through enough already without yet another conflict.

MEDIATOR:  Well, it would be terrible if you worked together and overcame so much, only to turn on each other once you prevail.  There are so many smart people in this room.  Someone must have some other ideas.  Let’s brainstorm.

Tyrion:  Well, there’s no reason that only one person has to rule Westeros.  Maybe more than one person …

Daenerys:  But only one person can sit on the Iron Throne!

Varys:  Yes, perhaps, but it takes many people to rule Westeros.  For example, you and Jon could marry and rule together.

Jamie:  I don’t see what’s so gross about it.

Jon:  I don’t know that I’m ready for marriage.  But I’d certainly be open to ruling together.

MEDIATOR:  That sounds like a great idea to me.  Many governments have more than one ruler.

Tyrion:  Well you and I are still technically married.  And I am the Hand of the Queen.  I’m sure something could be worked out where you represent the North, right?

Davos:  With all of the death we’ve seen, it makes a great deal of sense for everyone to work this out together.

Varys:  The good of the realm must come first.

Daenerys:  But I must sit on the Iron Throne!

Jon:  Fine, you sit on the throne.  But that doesn’t mean you have to be the only one making decisions.

MEDIATOR:  Doesn’t the King or Queen of Westeros traditionally use advisors already?

Tyrion:  Sure, there’s the small counsel.  There are several different advisors who help make suggestions for the King or Queen and handle certain responsibilities, like overseeing the army or serving as the Master of Coin.

MEDIATOR:  Could a small counsel vote on important decisions together, instead of merely advising the King or Queen?

Daenerys:  So I could sit on the throne and all the people of Westeros would know that I’m Queen?

Jon:  Sure, someone has to sit there.  I don’t really want to do it.  I’d much rather spend some time flying around on a dragon.  But I do need to help rule.  I am the true heir of both House Targaryen and House Stark.  I certainly need to have a vote.

Sansa:  As long as I can vote to protect the interests of the North, that could work.

Daenerys:  So you two could outvote me?  I don’t think so.  Grey Worm and Missandei would have to be able to vote too.

Grey Worm:  I am sorry Your Majesty, but after the war is over, we’re running away to get married and live on the beach.

Daenerys:  Ok, well I guess then it would be you Tyrion.  You’re the only other one left I trust.

Tyrion:  That would make four of us.  I think there should be an odd number so we don’t have a tie.  Varys has always looked out for the interests of the realm.  It makes sense to have one person who isn’t from a royal family, for the people.

Daenerys:  I can live with that.

MEDIATOR:  Well it sounds like you have worked out a much better solution than fighting each other.  Are there any lawyers around to put pen to paper so that you can have a formal, written agreement?

Tyrion:  I’m fairly certain they all perished when the army of the dead attacked.  But I think I can handle it.

Arya:  This has been so lovely.  Can I go kill Cersie now?

While a scene like this would bore viewers and risk ending Game of Thrones prematurely, it (absurdly, granted) illustrates an important point:  Mediation is often the best way to resolve emotional disagreements that risk blowing up into full-blown war.

Like the competing characters vying for control in the Game of Thrones, families often face disputes when there is incomplete, or non-existent estate planning, or when someone challenges the validity of a will, trust, or other legal document.  When that happens, using an experienced and impartial mediator to help parties negotiate a resolution as a business decision is usually much better than fighting all the way to trial.  Fighting in court almost always involves a great deal of risk and can be very expensive, because of legal fees and court costs.

While mediation is not always done with everyone sitting around a table throwing out ideas, and attorneys are usually important participants in mediation, the core concept of our deleted Game of Thrones scene remains the same.  Reaching an agreement is almost always preferable to the cost, uncertainty, stress and time involved in fighting out disputes in court.  Trying mediation with an experienced mediator is usually a great alternative.

We are a husband-and-wife team, combining our backgrounds as estate planning and probate litigation attorneys to write about celebrity estates, wills, and trusts, along.